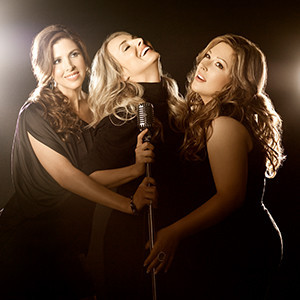 Since the beginning of their union in 1990, Wilson Phillips have won the Billboard Music Award for “Hot 100 Single of the Year” for the now iconic single “Hold On”, and were nominated for four Grammy Awards, as well as two American Music Awards. During a 10-year hiatus, Wilson Phillips were busy with solo projects and became mothers. In 2004, they reunited and released California, featuring cover songs from famous California artists, including “Go Your Own Way” by Fleetwood Mac, among others. 2010 saw the release of their Christmas album, Christmas in Harmony. In 2011, they appeared in the blockbuster comedy, Bridesmaids, bringing “Hold On” to a new generation of fans.

Dedicated, their latest recorded album in 2012, is an homage to their parents, John and Michelle Phillips of The Mamas and Papas and Brian Wilson of The Beach Boys, and honors both Wilson Phillips’ 20th anniversary and The Beach Boys’ 50th anniversary. Putting their own spin on their parents’ classics, songs such as “California Dreamin” and “God Only Knows” take on new life and a breath of fresh air with Wilson Phillips’ signature harmonies.

With 25 years in the business, and a lifetime of music and harmony, Wilson Phillips are now eligible to be inducted into the Rock & Roll Hall of Fame.