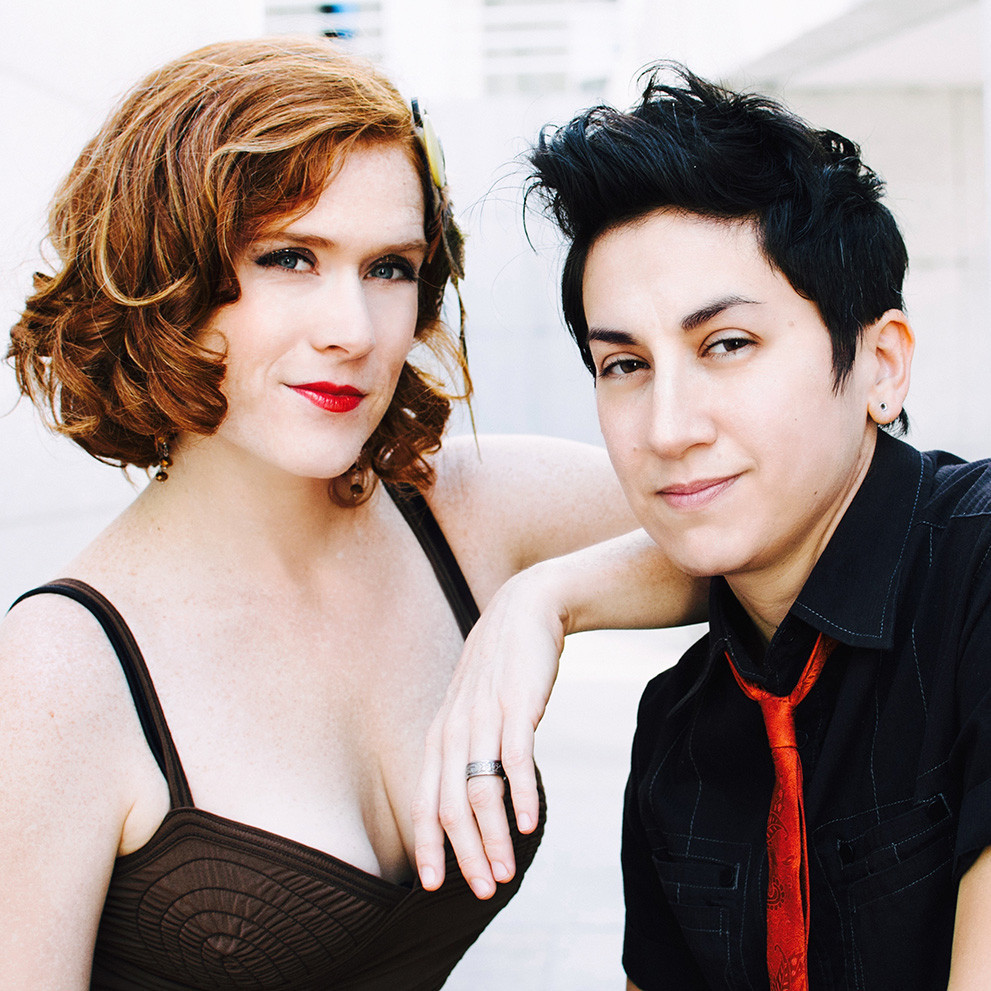 “If I was forced to categorize it, I’d call it modern folk. It’s powerful, romantic, and giddy. And the two are insanely infectious together onstage, like a musical and a personal love fest all at once.” So says the Huffington Post of Mouths of Babes.

With more than a dozen albums and over a thousand shows between them, Ty Greenstein and Ingrid Elizabeth of Mouths of Babes are no strangers to the contemporary folk-Americana music scene. For years, their respective bands Girlyman and Coyote Grace captivated thousands of loyal fans as they crisscrossed the country, rocked festival main stages, and toured with the likes of Indigo Girls and Dar Williams. Now, as Mouths of Babes, this award-winning duo has distilled the very best of the songwriting, musicianship, and humor of their previous groups into a sound that brings more style and depth than ever before.

The key to the Mouths of Babes magic is in the contrast; the differences in both their songwriting and personal styles makes for an unusually satisfying yin and yang. The Chicago Tribune writes, “They offer unique counterpoints to one another…Trading jokes and sharing elegant harmonies, the two women display an intuitive professional bond.” They easily switch off lead vocals and play a wide array of instruments, with Ty on acoustic and electric guitars and foot percussion and Ingrid playing upright bass, ukulele, cajon, and harmonica.

The band's debut full-length album, Brighter in the Dark, earned honors as a finalist in the 2018 John Lennon Songwriting Contest for the haunting and heartfelt title track, while “Any Other Day,” a song addressing privilege and police violence, was selected as the winner of the 2018 Independent Music Award for Best Social Action Song.

“This pair of road warriors sounds refreshingly new and breathes new life into a seemingly overcrowded genre. Those who enjoy acoustic music rich in passion and fervor would be wise to check [them] out.” –Submerge Magazine.