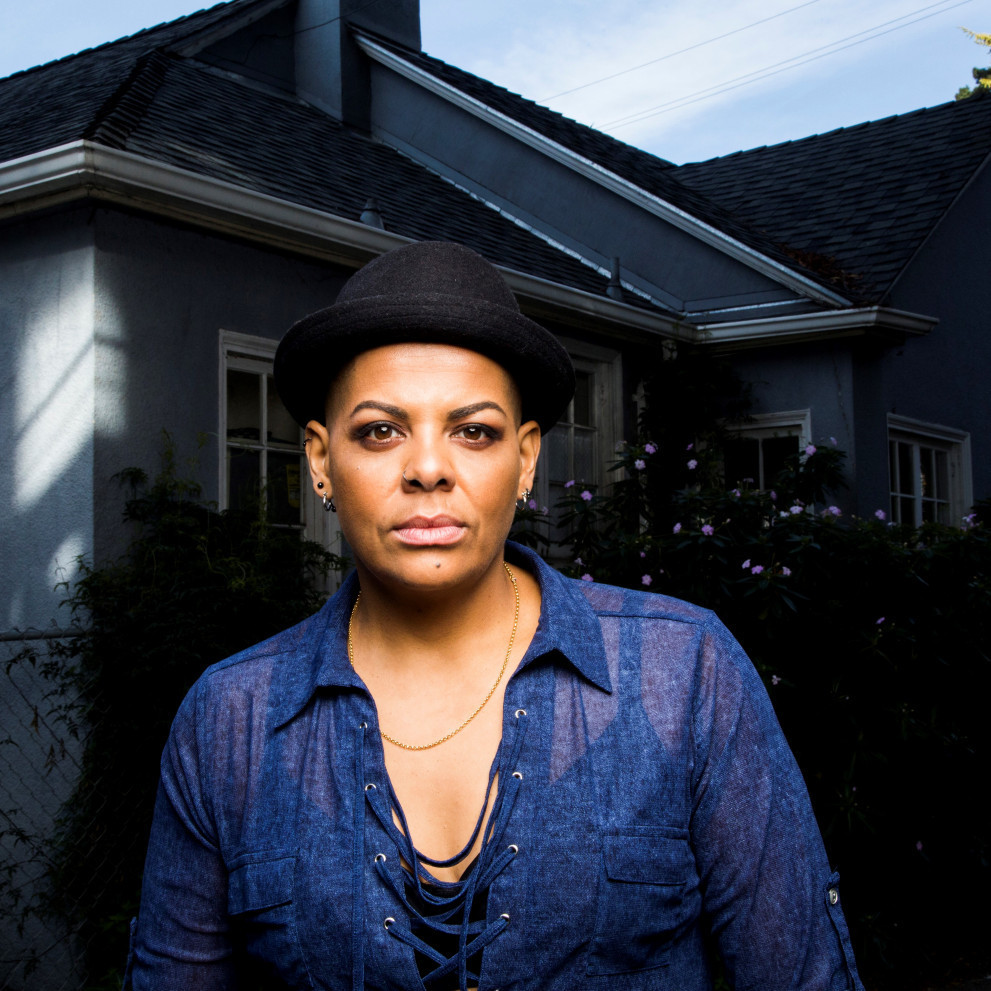 Christelle Durandy’s artistry is a mosaic: a cross-cultural jazz combination that draws upon a vast spectrum of Soul, Caribbean and Latin inspirations. The melodic threads of her musicianship transcend borders and weave an international music fabric rooted in her loyal love for percussion, polyrhythm and for words and languages’ rhythmic concepts.

Christelle heads her ensemble “Cinq Têtes” (Sanktet) and the all-female World/Latin music collective Cocomama, in which she exhibits her talent as a writer, arranger and performer.

In 2017, Christelle collaborated with the iconic dance troupe of Krissy Keefer, Dance Brigade, to become the musical director of their 40th anniversary celebration ”Gracias a la Vida".

Of Reunion Island and French West Indies ancestry, Christelle Durandy combines colors of a rich tapestry of musical experiences as she began performing and touring at an early age with her family-based troupe in France. Under their guidance, she honed in on musical skills that she later developed during her apprenticeship in Europe, Cuba, and the U.S. Christelle has continually garnered critical praise for her passionate and fierce live performances, and has mesmerized audiences worldwide.

"The timbre and temperament of Durandy's voice has that rare quality of being able to transport the listener to an ethereal place." — DimitryEkshtut, Jazz Improv Magazine